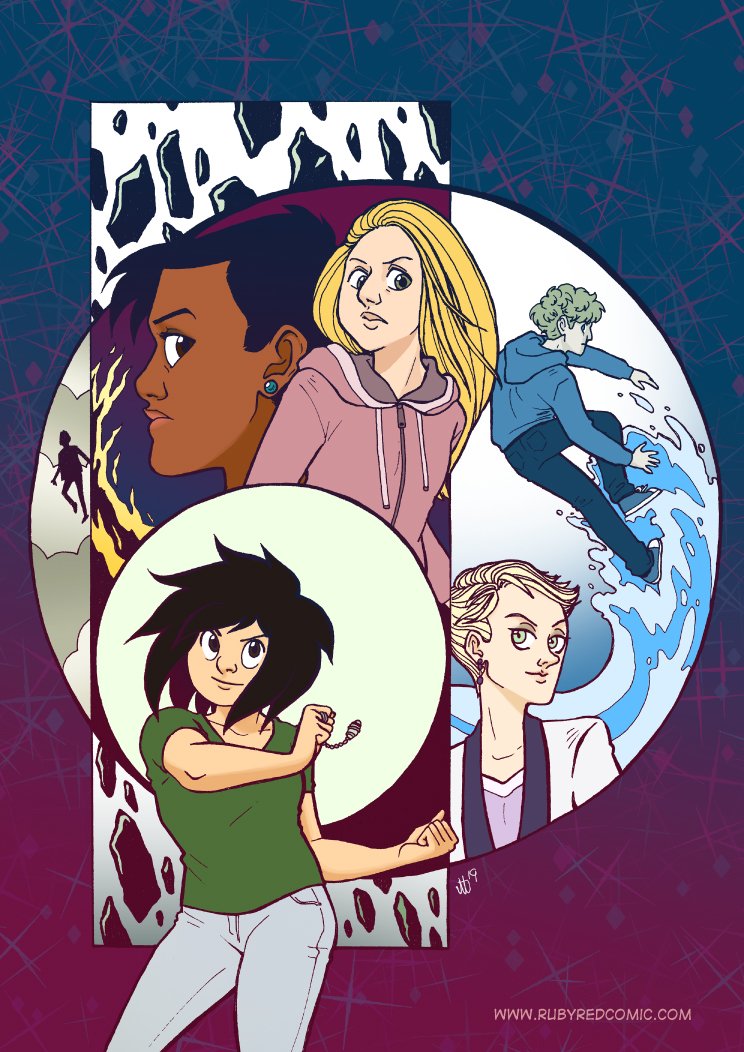 Ruby Red is still on hiatus, but I wanted to check in to let y’all know what I’m up to! I’ve been working on another comic project, a revamping of an idea you might be familiar with if you’ve ever looked through my portfolio: Over the River. It’s an idea I’ve had for a few years now – I first illustrated it as an experimental poem comic, then I changed it up as a submission for the Creators for Creators grant. It’s never really worked out as a story, so it sat on the sidelines until I figured out that the story I was looking for was centered around a (previously) secondary character. I’ve been working on the first “issue” of this story, and hope to have it inked and lettered by the end of the year. I’ve actually been working on it a little bit (almost) every day this month for Inktober, which you can see on Instagram.

(This image was my piece for a charity zine I did in early 2019, the Webcomic Almanac.)